Hearts Card Game Around the World 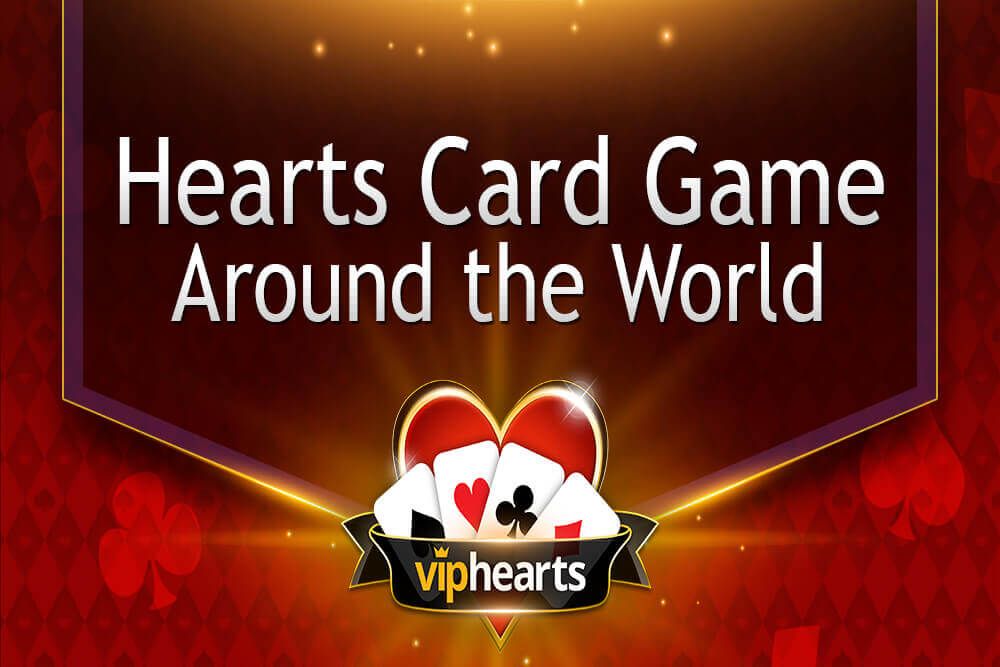 Are you looking for new challenges in the vast world of card games? Perhaps you might be trying to enrich your knowledge? If that’s the case then you’ve come to the right place! Here you will find a list of different variations of our favorite Hearts card game around the world.

Black Maria is the United Kingdom’s take on the trick taking card game Hearts. As with all other variations of the Hearts card game all over the world, the main objective is to avoid taking any tricks that have the Quen of Spades or Hearts in them.

Black Maria is the widely viewed as one of the best forms of Hearts for three players. Still, playing with 4, 5 or 6 players is also a possibility.

When playing with 3 players:

When playing with 4 players:

One of the main differences to regular Hearts is that players can lead with any suit of their liking. Also, the maximum amount of points in the Dirty Lady variation is 500.

Knowing that the objective of the game is to avoid taking any winning tricks with penalty cards in them, here they are:

Whoever is situated left to the dealer begins the play and all other players must follow suit whenever possible. When a player wins a trick, he leads to the next.

The player with the least amount of points at the end of the game is declared the winner of the game Slippery Bitch.

Gong Zhu might not sound familiar to you, but it is actually the Chinese version of the game Hearts. It became popular once professional Chinese players decided to pick it up to relax while tournament games were going on.

Even though there are many similitaries between Western Hearts and Gong Zhu, you have to be aware and take into account some of the major differences between the two. To accomplish this task, one must first understand what does the name of the game mean? By doing so, the general objective would become clear.

In the Chinese language, “Gong” means to force out of hiding and “Zhu” means pig. In this case, the Queen of Spades is the “pig”. The goal of the players is to successfully drive out the Queen of Spades by leading spades. One of the funnier aspects of this variation of Hearts is that whoever loses is now known as the pig!

Since you now have a general understanding of the game, you’re ready to learn additional details. There are three major differences that are important:

You might be thinking that it would take hours to reach -1000 points and you’d probably be right. Thankfully, in this variation of the Hearts card game, the point values of cards have been increased and are the following:

Cherna Donka is how the card game Hearts is called in Bulgaria.

Cherna Donka earned a spot in our list since it has developed something like a cult following in Bulgaria over the last 2 decades.

It was the 1990s and Microsoft’s Windows operating system was rolling out. It was during this period that the Bulgarian version of Hearts would become so well-known and loved. During those years, the internet wasn’t so popular and not many people had access to it. Instead, one of the preferred methods for entertainment was, you guessed it – to play Hearts.

The game follows the basic rules of:

Dame de Pique is the French variation of Hearts.

Card games and France have a long history together. In our case, when talking about “Dame de Pique”, we must first take a step back.

The card game Polignac is actually ancestral to Dame de Pique, Black Maria and all the different Hearts card game variations around the world.

Apart from that, this card game is the exact same copy of Hearts with no changes in the rules.

In Australia, Hearts is known by the name of “Rickety Kate”.

While seemingly similar to Hearts, just like “Dame de Pique” and “Cherna Donka” are, a few major differences exist.

Like with any variation of Hearts, the main thing to keep in mind is that you don’t want any points. This is especially true in the case of Rickety Kate, as the points are scored differently:

The other main difference between the two variations is the following:

Another difference is the fact that two options exist for Shooting the Moon. The player chooses to score according to either the Old Moon or the New Moon option.

As you can see, Hearts is one of the most popular card games. No matter which country you decide to visit, there is a high possibility that the people there would have heard of Hearts. Probably, they will even have their own twist on it! Which one of the mentioned above are you most eager to try out?